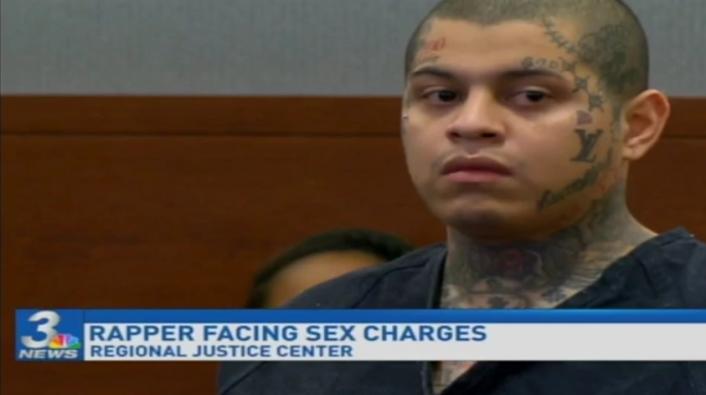 Las Vegas rapper Danny Flores, 26, and Mitzi Flores, 25, have been arrested for allegedly kidnapping and forcing a 15-year-old girl into prostitution. The arrest report states the teen eventually moved in with the pair seeking a romantic relationship, which allegedly led to them forcing her to work casino floors on the Las Vegas strip.

Authorities say they've found incriminating texts from Danny, also known by his stage name, D Flores, asking the victim about pricing for sexual favors. One message read, "Hold On Lemme ask, How Much You Charge For Massage & [sex act]?"

The couple face sex trafficking of a child under 16, first-degree kidnapping, accepting earnings of a prostitute, child abuse or neglect and conspiracy to commit sex trafficking. According to KSNV News3LV, D Flores' bail was set at $250,000 and his accomplice, Mitzi's was set at $200,000.