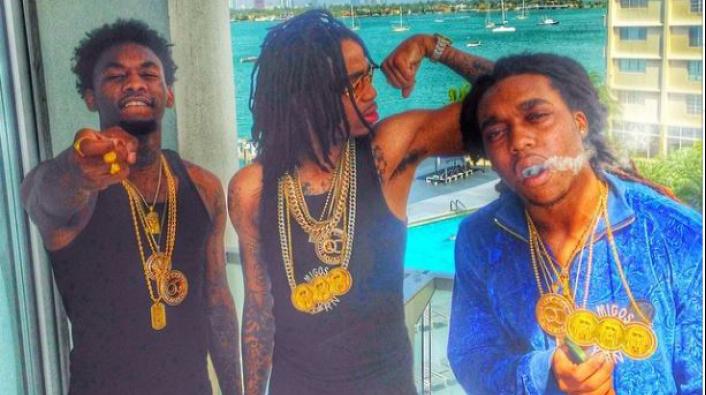 The Hip Hop police were in live effect last night at a show in Georgia Southern University where Migos were performing at the school's annual Spring Bling concert. According to TMZ, the trio's set was abruptly cut short after a stage manager told the DJ to cut the music because cops had shown up. After showing up, the police made several arrests, including several members of the group's entourage (which was supposedly 15 deep) and two members of the group as well, which included Quavo and Offset.

It is unclear what the other people were charged with, but the Bulloch County Sheriff's department has confirmed that Quavo was booked for misdemeanor marijuana possession, felony possession of a schedule II narcotic, and carrying a loaded gun on school property.

And as TMZ states, schedule II drugs include anything from cocaine, to Oxycontin, or codeine. Offset faces similar charges, along with gun possession by a convicted felon.