Fredro Starr Blows Up on Charlamagne Over Brandy Comment 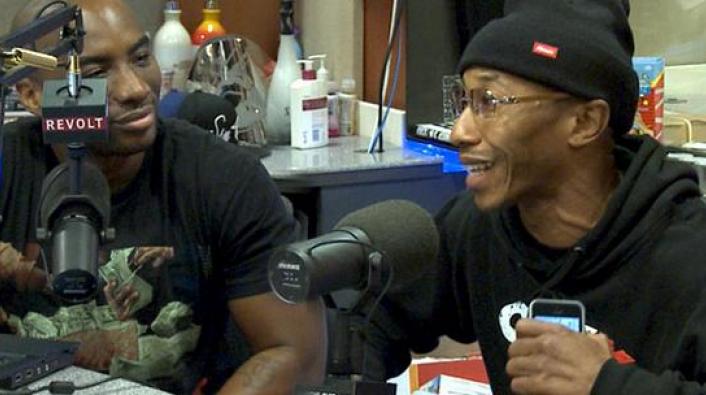 Fredro Starr and Sticky Fingaz of Onyx stopped by The Breakfast Club to chat about new music, but things turned sour after Charlamagne Tha God brought up a video of Fredro saying R&B singer Brandy went down on him. The mention of the video set Fredro off, and he hit back at the radio host by bringing up a video from 2012 of Charlamagne getting sucker punched outside of the radio studio.

Around the 5:33 mark, The Breakfast Club hosts were speaking about Onyx's success when Charlamagne snuck in, "Fredro was getting h**d from Brandy," and Fredro shot back by saying, "Y'all need to stop with all of that. Let that be what it's going to be, son. You bringing up the past. Let's move into the future."

The tension was thick after the exchange, and things flared up even more around the 9:00 mark when Fredro looked at Charlamagne and asked, "What happened when you got punched in the eye? "

The "Charlamagne & Friends" host revealed that one of the guys was allegedly killed, but that didn't stop Fredro from continuing the conversation. He remarked to the host, "You got ran off your own block," although Charlamagne didn't seem phased by speaking about it and responded, "It happens to the best of them."

The "Guy Code" star then asked Fredro about allegedly getting punched by 50 Cent, which the rapper denied and said Fif and his boys ran. When Charlamagne said, "I don't know what you want me to do," Starr pulled off his glasses and said, "You can't do nothing, big man!"

Twitter was going nuts during the live broadcast and fans started sharing their thoughts on the tense situation. Check out their reactions along with the full exchange in the above slide.