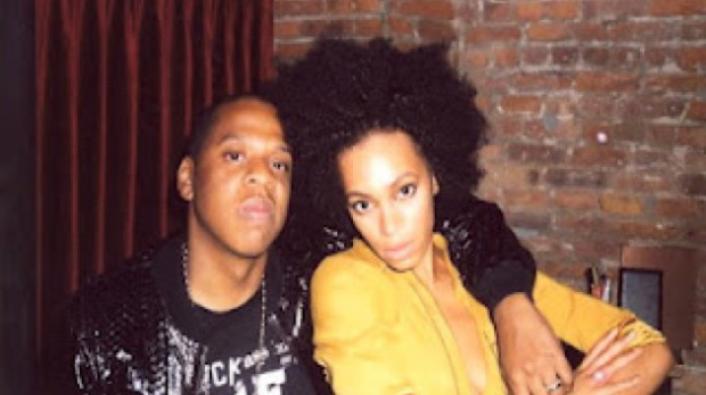 TMZ captured an exclusive video of Jay Z being attacked by his sister-in-law Solange Knowles at a Met Ball after party. Sources close to the situation told TMZ that the incident happened in an elevator at the Standard Hotel in NYC, and was all caught on surveillance.

Footage shows Solange getting in Jay's face before punching him in the arm while trying to kick him. The Brooklyn rapper grabs her foot before security jumps in and restrains the "Losing You" singer. Beyonce can also be seen in the lower left corner of the shot, standing by while the events unfolded.

It's unknown what started the fight, but a photo of the trio exiting the party seemed to capture how they were feeling. Solange looks angry, while Beyonce stares at her sister and Jay tries to shrug the whole thing off.

View the photo and video in the above slide.